What is the latest news over J&J’s hip replacement failures?

Medical device maker Johnson & Johnson was recently ordered to pay $502 million in damages to 5 patients over flawed artificial hip devices sold under the Pinnacle brand name. The defective devices were sold by J&J’s Depuy unit, and a federal-court jury in Dallas found that company officials were aware of the flaws but failed to warn patients and doctors. In a product liability case, failure to warn is a key element in a successful lawsuit.

The flawed Pinnacle artificial hips prematurely failed causing pain and suffering to the patients who also required additional surgery. The verdict is said to be the second-largest jury award in the U.S. this year, of which $142 million was in actual damages and $360 million in punitive damages. While punitive damages are designed to induce a defendant to change its behavior, this is not the first time J&J has been forced to pay damages for failures in hip replacement devices.

In November 2013, J&J and Dupuy paid over $2.5 billion to settle thousands of lawsuits over defective ASR hip replacement devices. The company recalled 93,000 of those devices worldwide in August 2010, after acknowledging 12 percent failed within five years. In addition to replacement surgeries, many of the patients suffered extraordinary medical injuries such as strokes and heart attacks or requires multiple hip replacements surgeries.

The Pinnacle verdict is the second trial of about 8,000 lawsuits filed against J&J and DePuy; J&J prevailed in the first jury case in 2014. The company stopped selling the devices in 2013 after the U.S. Food and Drug Administration toughened artificial-hip regulations. The plaintiffs in this case all received Pinnacle Ultramet hip replacements that failed after the devices leached cobalt and chromium into their bloodstreams.

The jury agreed that company officials knew the metal-on-metal design would cause such injuries but aggressively marketed the devices nonetheless. In short, the company earned billions in ill-gotten gains while misleading doctors and consumers about the dangers of the devices. For its part, Johnson & Johnson argues that it acted responsibly in designing and testing the devices and the Pinnacle replacements had a strong record of safety and effectiveness. The company intends to appeal the verdict and seek a reduction in the punitive damages.

Whether J&J will prevail remains to be seen and it appears the company will face additional lawsuits by patients who suffered similar injuries related to the Pinnacle devices. In the meantime, if you have been injured by a flawed medical device, an experienced personal injury attorney can help you obtain the compensation you deserve.

In November 2015, a Dallas appellate court reversed a $1.2 million jury verdict against Johnson & Johnson for allegedly designing a defective pelvic mesh product. The plaintiff subsequently filed a petition for review with the Texas Supreme Court. The overarching issue the Court will consider is what evidence is necessary to satisfy the “causation standard” in a product liability lawsuit related to an implanted medical device.

What are the facts in the pelvic mesh case in Texas?

It has been reported that the plaintiff has a “complex” medical history. She had claimed that the defendant, along with its subsidiary, Dallas-based Ethicon, manufactured a polypropylene mesh which caused her to be injured. The trial jury agreed and found that the medical product was defectively designed and awarded the plaintiff $1.2 million.

Johnson & Johnson appealed the judgment, arguing, among other things, that the trial court erroneously excluded all FDA evidence as well as evidence from independent physician organizations that contradicted the plaintiff’s theories of injury. The Fifth Circuit Court of Appeals agreed and ruled that the plaintiff must show that a specific defect in the product caused her injuries.

What is the history of pelvic mesh medical devices?

Pelvic mesh products were initially viewed as a significant technological improvement over traditional surgical methods. Those methods involved the use of stitches and a patient’s own body tissue and had the potential for postsurgical complications. Mesh devices had already been widely used in other types of surgery for decades, particularly for repairing hernias.

Based on the successful history of other mesh devices, The Food and Drug Administration “fast-tracked” approval of pelvic mesh devices — without conducting tests the agency normally requires for new devices. In 2002, the FDA cleared these soft, lightweight porous plastic devices for pelvic organ prolapse. The agency subsequently said in a 2008 public notice that problems were rare. In 2011 the agency reversed itself and said that most common problems occurred in 10 percent of women within one year of surgery.

In light of this finding, about a year ago, the FDA finally ordered a number of medical device manufacturers to conduct “rigorous” studies to determine the complication rates, over time, of surgical mesh.

If you have been injured by a medical device, you should consult with a qualified attorney who can determine if you have grounds for a lawsuit.

Tragically, many serious infections and deaths have been spread in hospital settings because of tainted medical scopes. This shocking finding, recently reported by members of Congress, federal officials and health-policy experts, has prompted intense dissatisfaction with the FDA’s surveillance system for such devices, a system which is clearly inadequate, relying too heavily on manufacturer’s reportage of problems with their own products.

Being aware of the serious problem is the easy part; remedying the federal warning system to warn doctors and patients of the risk of scopes, implants and surgical tools is much more challenging, involving as it does overcoming partisan Congressional divides and involving increased government funding. Many foresee years before a more effective system can be put into place.

Patient advocates and federal auditors are not the only ones with doubts about the FDA’s commitment and ability to reform the system, since there has been criticism of agency oversight of medical devices since the 1990s. As recently as January 13th of this year, Sen. Patty Murray (D-Wash.) presented evidence of an antibiotic-resistant strain of bacteria, originating from defective duodenoscopes (used for gastrointestinal examinations and procedures) that had spread throughout the country. In addition, Senators investigating the problem cited 19 superbug outbreaks that had sickened nearly 200 patients for 2012 to 2015. Amidst concern that these outbreaks were occurring, no substantive action was taken, and 68 more patients developed serious infection.

Sen. Murray has proposed a new system for tracking medical devices that would make use of insurance claims to supplement injury forms. Such a system would be similar to the method now used to monitor prescription drugs which works in a much more timely fashion. Robert M. Califf, President Obama’s nominee for FDA commissioner, has endorsed this data-driven approach.

One aspect of the new proposal, putting bar codes on every instrument, is already underway, being phased in over the next few years. Unless such bar codes are included on insurance claim forms, however, they are unlikely to be of much help. The hope is that tracking device IDs will work as car ID numbers do, enabling patients across the country to be notified promptly in regard to a defect device so that they could be checked for signs of possible infection immediately at the nearest hospital.

When can a patient sue a manufacturer over faulty medical devices or failure to warn of the risks of an implant?

A Texas woman has filed a lawsuit against Cook Medical in connection with a defective medical device implanted in her at Texas Health Presbyterian Hospital of Dallas in 2007. Her suit also accuses the company of a “failure to warn” of the risks of the implant, the Cook Gunther Vena Cava Filter. She is just the latest of a number of plaintiffs in Texas and other states who have sued over the ill-effects of such filters implanted years ago.

The inferior vena cava (IVC) filters were supposed to protect patients from life-threatening blood clots that can travel to the lungs and cause a pulmonary embolism or other health problems. Blood-thinning drugs can often accomplish the same goal, but patients who unable to take the drugs were sometimes implanted with filters instead.

The filters created their own life-threatening problems, including blot clots. While the ill effects sometimes took to manifest themselves, according to one study, the IVC filter caused side effects in some patients just 71 days after implantation. Trauma patients studied had a higher risk of blood clots with no greater chance of survival than those who didn’t receive a filter.

Medical Device Cases Can Be Based on a Variety of Grounds

Manufacturers of harmful products can potentially be held liable for:

Other Types of Medical Devices Involved in Lawsuits

In addition to IVC filters, a variety of implants been the subject of lawsuits. These include:

Potential defendants in such cases have included the manufacturer, the testing laboratory, the medical sales representative, the retail supplier of a device and/or the doctor, hospital or clinic involved in installing the implant.

If you have suffered ill effects from a drug or medical implant, an expert in medical device litigation, product liability law and malpractice can assist you in deciding whether you have a sound claim and who should be held accountable. 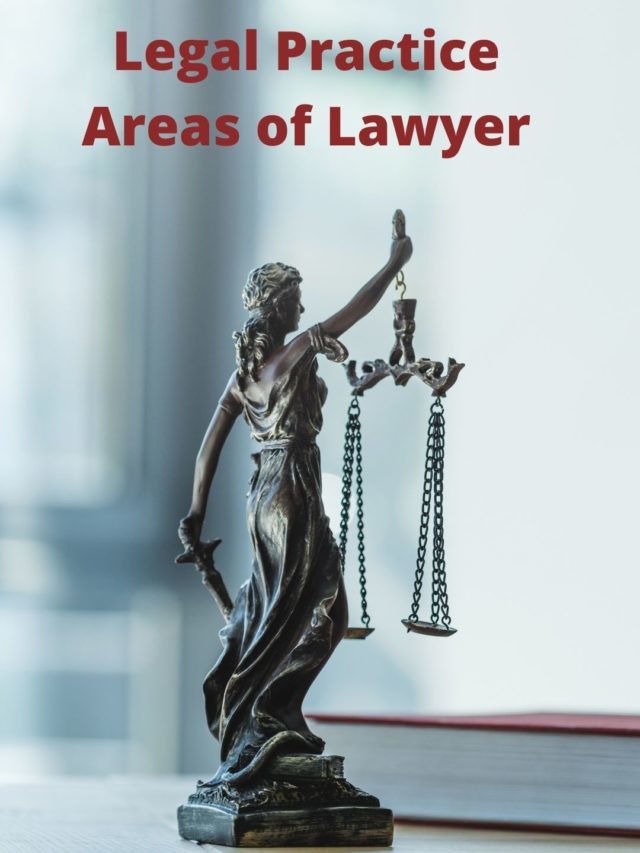 Practice Areas of Attorney Houston Tx
This practice is great for people who like gamesmanship, who like deals and ... A corporate generalist deals with a number of different practice areas.
By CMZ Law 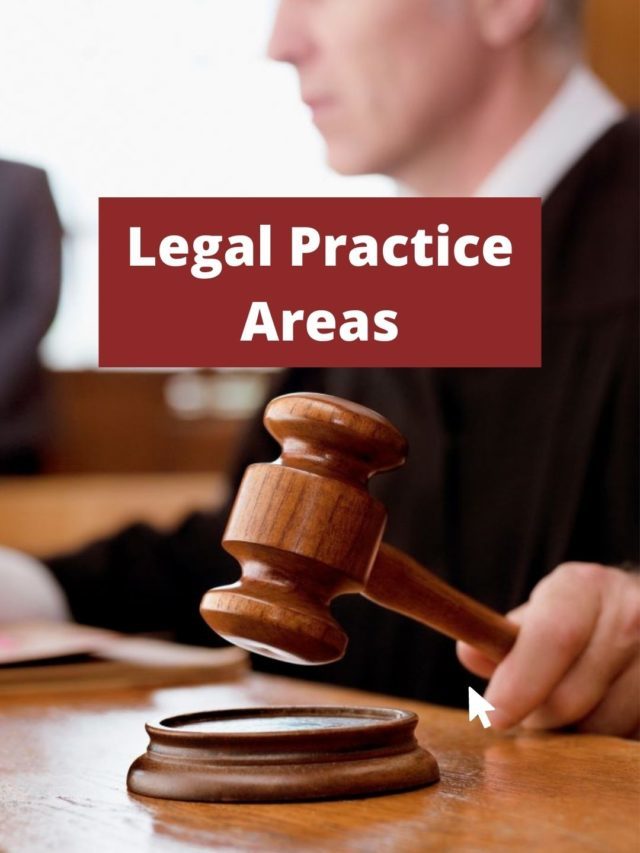 $27.8 Million Victories
The arbitration panel agreed our clients had been deceived and awarded the difference in stock values we sought for our clients.
By CMZ Law